Denbigh Golf Club was formed in September 1908 after a meeting was held at the Bull Hotel to consider the feasibility of forming a Golf Club. The driving force was a Mr Guy Francis a partner in Parry Jones and Francis, Solicitors, Hall Square, Denbigh. Now known as Swayne Johnson & Wight. The first course was at Ystrad and was described as Cae Tros Ffordd (the field over the road) on the Ystrad fields between Ystrad Road and the Railway Bridge. A nine hole course was constructed and the club continued there until 1918 when the tenancy of the links was terminated and the club wound up.

29. 4. 1922 A meeting presided over Guy Francis was held at the Council Chamber to consider the revival of the club Mr. Francis expressed his willingness to purchase land known as Llanberis and to lease it to Denbigh Golf Club at an annual charge of £35 plus 32.10s. tithes.

31. 8. 1922 A professional, John Stockton, was appointed at a wage of £3 per week, his immediate task being that of preparing a 9 hole course.

Reciprocal arrangements for Denbigh Golf Club Members have been made with other Golf Clubs who also celebrated their Centenary Year in 2008 through the 1908 Club of which Denbigh is a Member Club.

Tee times with participating Clubs must be booked in advance with the individual club and will generally only be for a two / four ball. The decision of the participating Club on how, when and how many participants is final and should not be challenged.

It is important that courtesy arrangements are not taken advantage of, we would not like others taking advantage of us. Hope you enjoy your visits.

Please keep the office informed on any visits that you make.

The Ryder Cup came to Denbigh on May 31st 2008 and here are some photographs of the day. 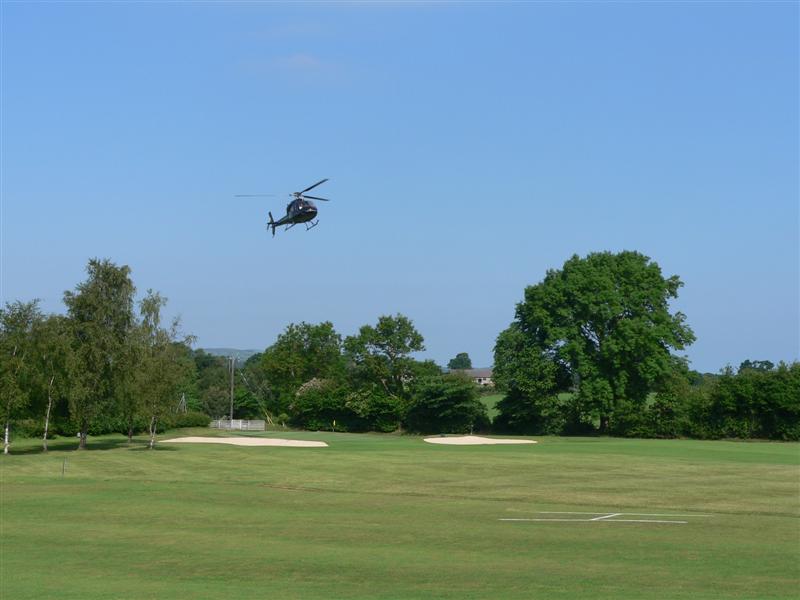 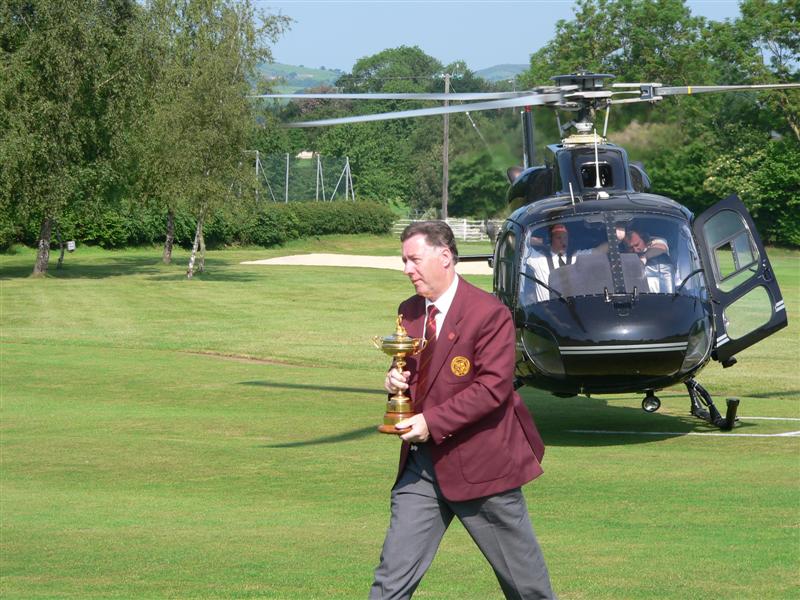 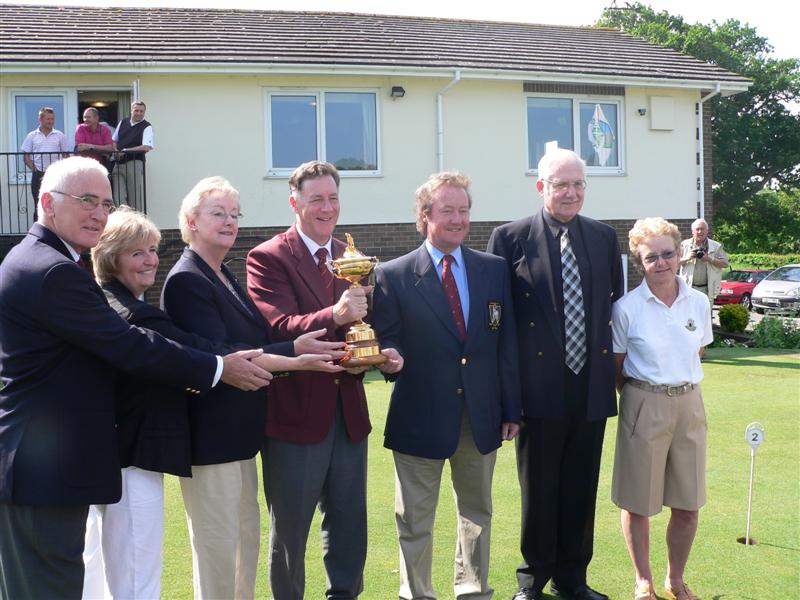 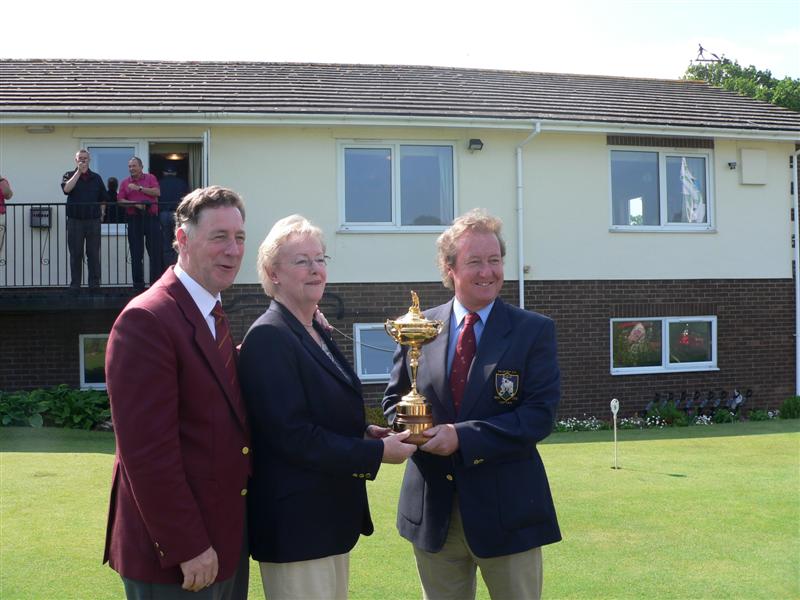 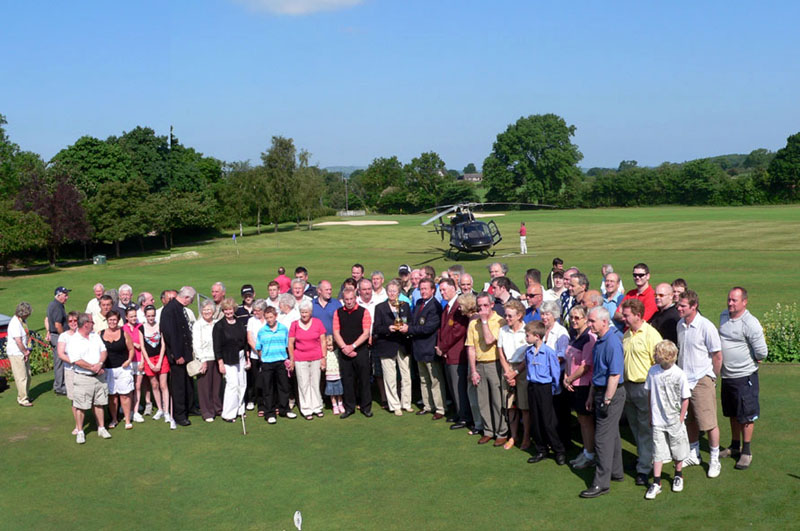 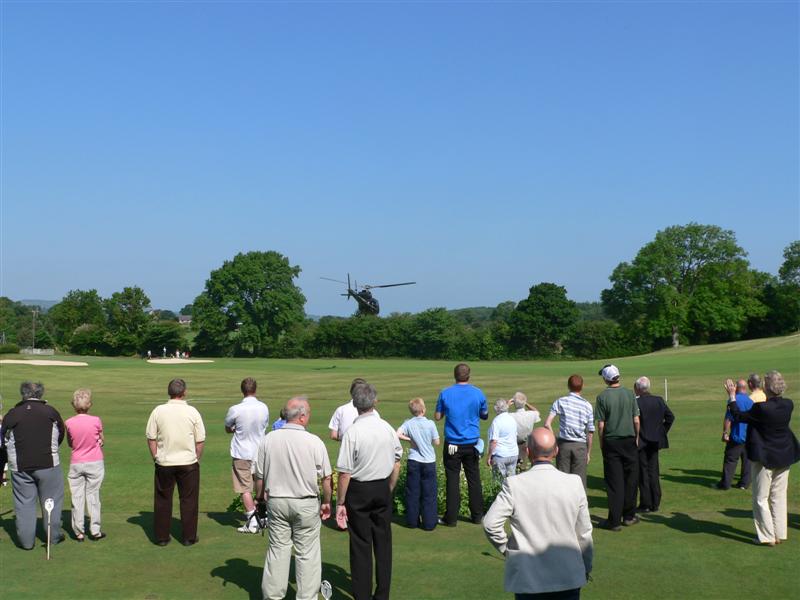